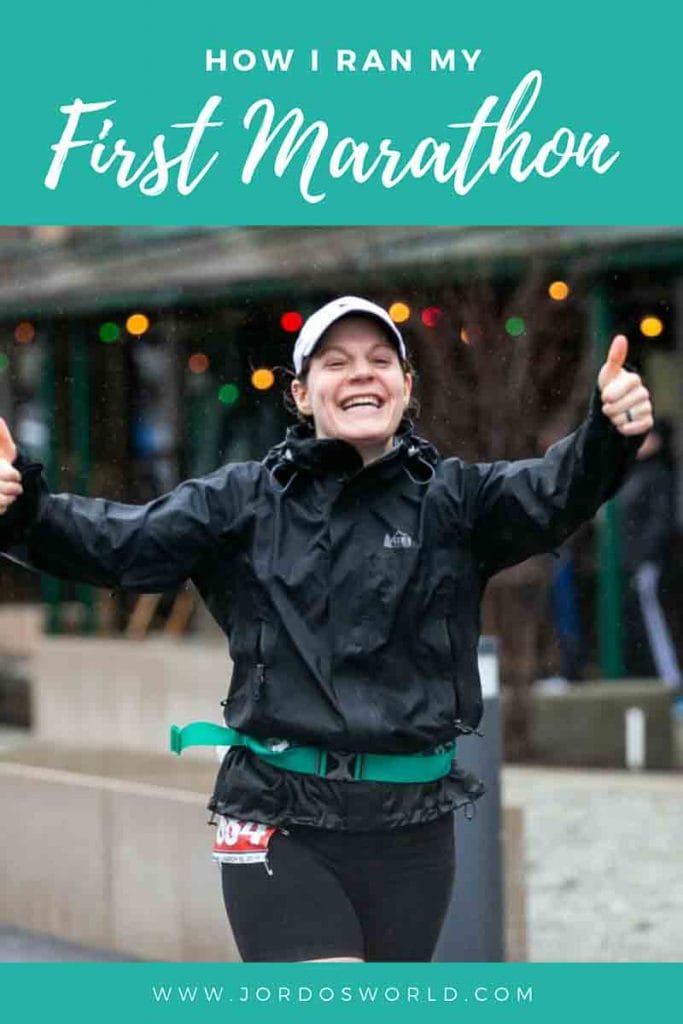 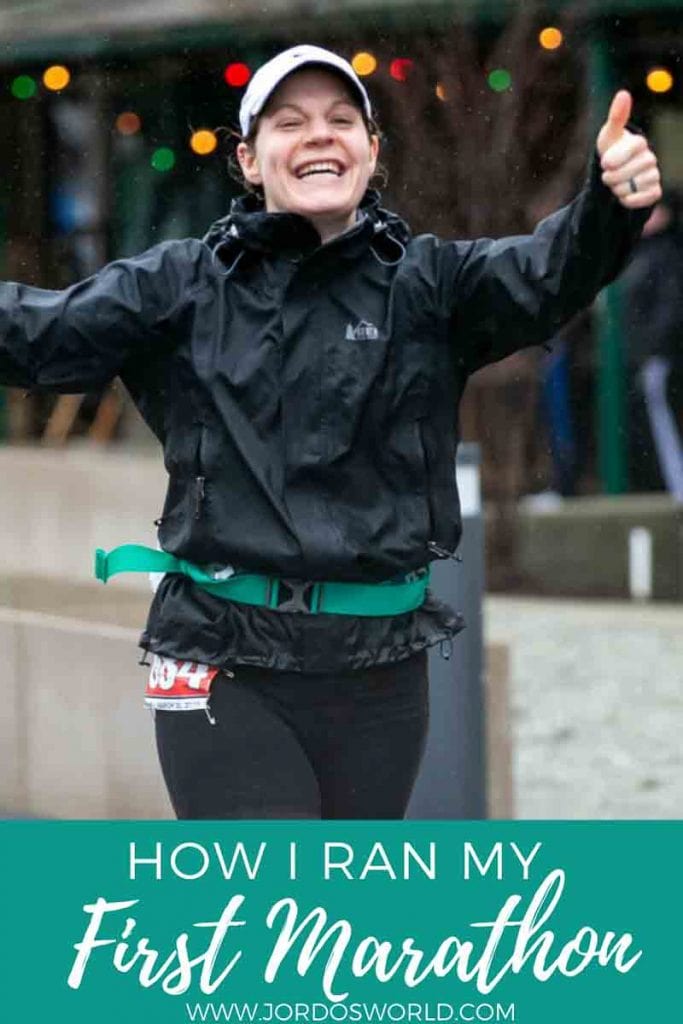 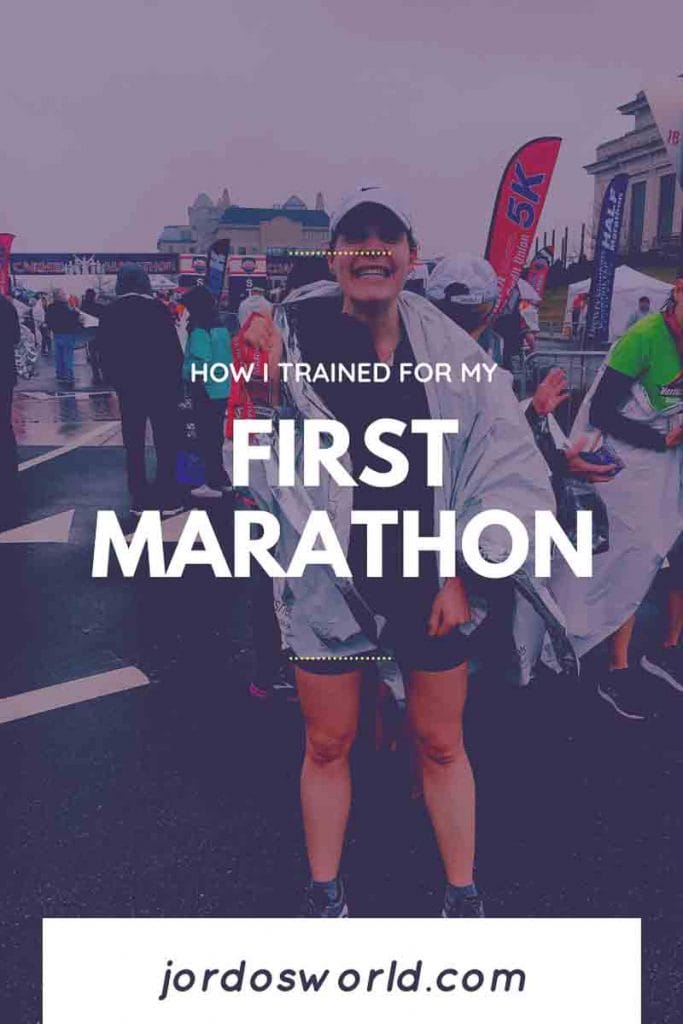 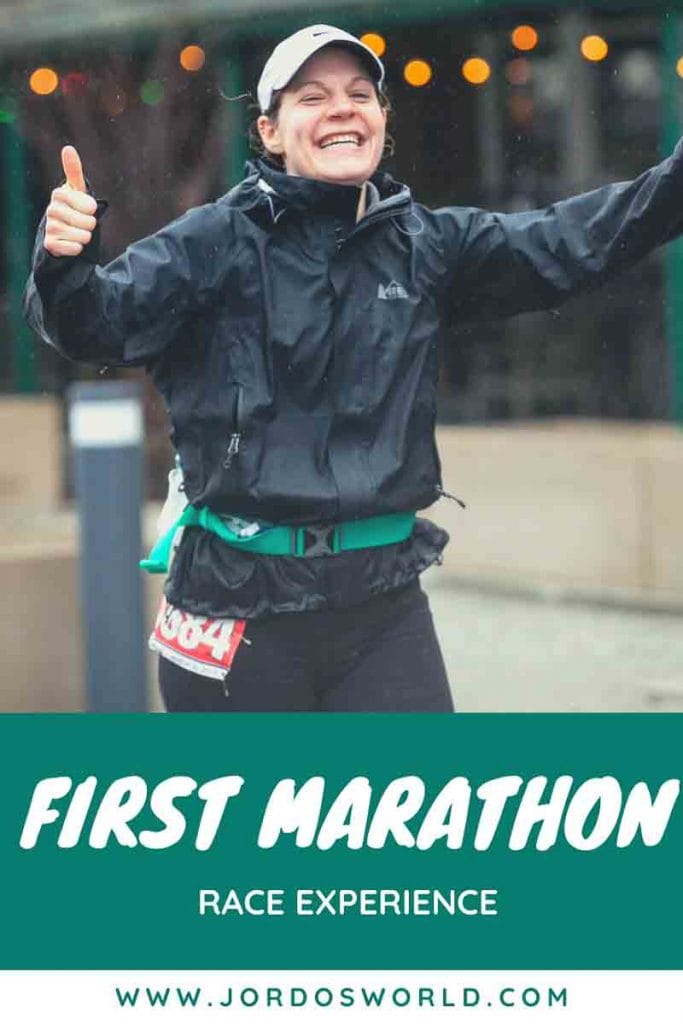 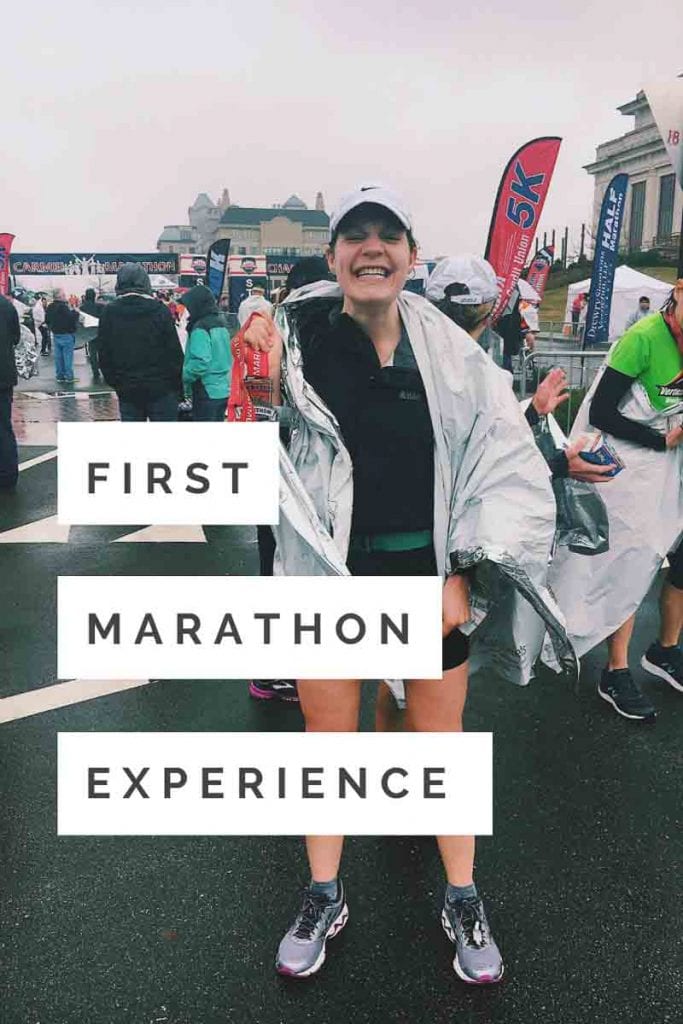 I didn’t always want to run a marathon. For most of my life the feat was not on my bucket list and I absolutely did not want to partake in any such thing! However, as I grew to have a relationship with running, the idea became more of a distant dream.

From the beginning, I spent most of my time as a runner training for races by myself. The early mornings watching the sunrises and alone with my thoughts were therapeutic. It wasn’t until the end of last summer that I started running with a group of people, and it 100 percent changed the way I trained. I was challenged, encouraged, motivated, and supported, which only deepened my love for running. Long story short, I ran a half marathon back in October with the ladies in the running group, and it was really fun. At some point on that trip, I verbally agreed to both running a marathon and doing a triathlon, which was the starting point of it all!

Note: Once I verbally agreed to a marathon and triathlon, I definitely had a time period of questioning what the heck I had done. However, despite my fear and lack of confidence, I stuck with my commitment and am SO glad I did!

You’ve probably heard that marathon training is brutal…. and now I can officially confirm that it is! There were absolutely positives, but it was also challenging in SO many ways — physically and mentally! Physically, there were aches, pains, and times of pure exhaustion. Mentally, it was a constant battle of pep talks, repeated mantras, and proving to myself I was strong. I knew if I wanted to have a successful race, then training for the marathon needed my full commitment. This meant sticking to a schedule and making training a priority.

Sticking to the schedule was one of the more difficult parts of training; not necessarily because of the time commitment (though there were many hours spent training), but mostly because of the winter weather. Over the course of the winter I heard several farmers in the area say “this is the worst winter we’ve had in a while!” and of course, that just happened to be the winter I was going to train though… We trained outside only, from November to March, which covered every single miserable day you can remember. Ice storms, several inches of snow, negative temperatures — you name it and we were out there on the streets. We did try to adjust our schedule to avoid bad weather as much as possible. For example, if we knew it was going to ice during our Saturday morning long run, we would try to switch things around to make that our rest day. This resulted in some EARLY morning runs before work with 4 a.m. wake-up calls…. Again, we were committed to this race so we did what we needed to do to be successful.

I would say the hardest part of training was the cold weather. The mornings were freezing (literally) but I sure learned how to dress in layers! (For temperatures in the 30’s: leggings + long sleeve, 20’s: leggings + 2 top layers, 10’s: cold gear leggings + 3 top layers, single digits & negatives: 2 leggings + 3 top layers. All of these temperatures were paired with ear muffs, gloves, and a neck gaiter!) Despite all of the layers, by the end of winter I was totally over the cracked skin and stiff muscles (though I will admit that I felt like a complete badass for running through the winter months).

You might be reading this and thinking “If it was so terrible, then why did you even do it?” In all honestly, I actually REALLY enjoyed training. I loved the challenge! I enjoyed pushing myself physically and mentally, and seeing myself become stronger. Of course there were times I didn’t enjoy it very much, and towards the end of training I was definitely ready to be done, but overall, I had a positive experience. I also think my positive experience came from the fact that training actually worked. What I mean is that I was able to stick to the plan with success. The slow progression and building up on miles, the amount of rest, etc. all came together so that I was able to complete weekly trainings and long runs without major injuries. These weekly successes then led to my ability to complete the marathon itself.

My favorite part of training was the ladies I trained with. You might notice I keep typing “we” and that’s because training for this marathon was totally a group effort! There’s absolutely no way I would have made it through training without Janet, Sonya, and Nancy. Each of them provided so much encouragement and support when I didn’t believe in myself, an extra push when I started to get lazy, and the accountability of sticking to the plan. These women truly have inspired me, and continue to do so!

In terms of a specific plan, we followed Hal Higdon’s Intermediate 2 Marathon Training Plan. We tweaked around a couple of things, but used this for the most part. I would say it’s important to find a training plan that is realistic so it can be something that works. Following Hal’s program made sense from our running base when we started training. Note: I’ll be honest that I didn’t put any research into picking out the program — it was the plan that Nancy picked out and I completely trusted her judgment so I went with it!

Realistically, we ran 5-6 days a week with a weekly mileage average of 40-50 miles of running. Our weekday training runs started at 5 or 5:30 a.m., depending on the amount of miles we needed to run. The weekend runs sometimes started a little later if we decided to “sleep in” and had a 6 or 7 a.m. start time. In addition to running, we had one rest day (usually Fridays) and one cross training day (usually biking or swimming).

Throughout training, I learned to go to bed early and fuel my body so that I could have success in the morning. I knew that training would be a big time commitment, which was one of my reservations to committing in the first place, but the time put in definitely paid off.

Let me save you a lot of money: you don’t need to buy new, fancy equipment to train for a marathon! It’s tempting to get the new gear (this is the kind of thing I spend my money on!), but I made a point to use what I had to save money and use what I know worked.

My favorite things that I already had were:

Some additional purchase I made (to get through the winter) were:

Most of my favorites can be found in my favorite fitness accessories post I made a few months ago!

Nutrition is a very important part of training, both for fueling for hard work outs and recovery! There was a lot of trial and error for learning what worked the best for my body during training runs (fried foods were not great, but sweet potatoes and veggies rocked). I honestly kept it simple and stuck to a lot of proteins (chicken, ground turkey, greek yogurt, cottage cheese), carbs (veggies, fruits, grains) healthy fats (avocados, nuts, seeds, oils), and other staples (ice cream, pretzels, waffles, protein shakes, etc.) Meal-prepping healthy meals and snacks was the most helpful part in making sure I could fuel my body with good foods and avoid hanger!

Specifically for running, my staple pre-long-run meal was a toasted english muffin with nut butter and banana! The only nutrition I had during runs was water and Clif Energy blocks. Clif blocks didn’t mess with my stomach, and the salted watermelon flavor was always a pick-me-up!

Here’s what I learned: marathon training is no joke. It’s something to take seriously. It’s important to prioritize safe and smart preparation to have the best training and experience on actual race day.

Before committing to the race, I didn’t know much about marathon training. The longest I had ever run consecutively was 14 miles so I didn’t know too much about going longer than that. I made a list of questions and sent it to some of my inspiring runner pals who have conquered amazing races from marathons, ultras, and the like. Their marathon training advice was super helpful for a place to start!

There’s not one “right” way to train — it’s all about figuring out what works for YOU and YOUR body. I can definitely offer insights into my experience, but know it will probably vary for you. Personally, I had a positive training experience and did the best I could based on the circumstances, which led to a successful race day!

We participated in the 9th Annual Carmel Marathon Weekend on Saturday, March 30 in Carmel, IN. We chose this marathon because of the date (it worked for all of our schedules), the Boston qualification aspect, and the location (it was within driving distance from Kirksville!) It was actually narrowed down between this marathon and one in Kansas, but this race had a higher BQ percentage and Indiana had more of an appeal than Kansas!

I will admit that even though it’s less than a month since race day, I have already forgotten some of the details about the experience. I am going to do my best to recap everything as much as possible!

THE MORNING OF THE RACE

OTHER THINGS ABOUT THE RACE

After the race, I was more sore than I had expected. I think the reason came from sitting in the car for a couple of hours pretty soon after the race — I made sure to move around on days I did long runs which I think helped prevent stiff muscles. The soreness lasted a couple of days and made stairs difficult! I also noticed weird tweaks and pains in new spots, like the side of my foot and a couple of spots on my legs. I took the week following the race to rest. I didn’t run but incorporated a couple of cross training days for swimming and biking to warm up my muscles and stretch.

The few weeks getting back into running were tough. The first couple of runs back felt like I had never even been on a run before — it was hard to breathe, my legs hurt, and I was in my head. I know that is part of the recovery process, but I had never experienced something like that either.

At this point, I don't have my sights set on another marathon. I’m training There’s a lot of unknown for me in the upcoming months so I can’t yet commit to any particular race or training program. However, I know this is only the beginning of marathons, and I’m excited for the future!