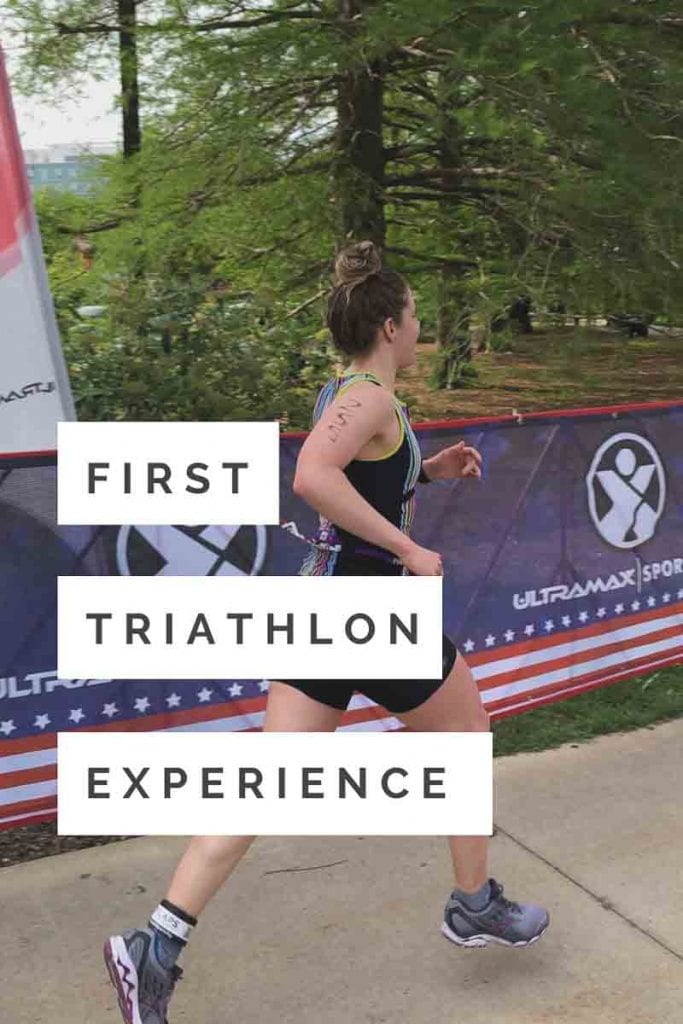 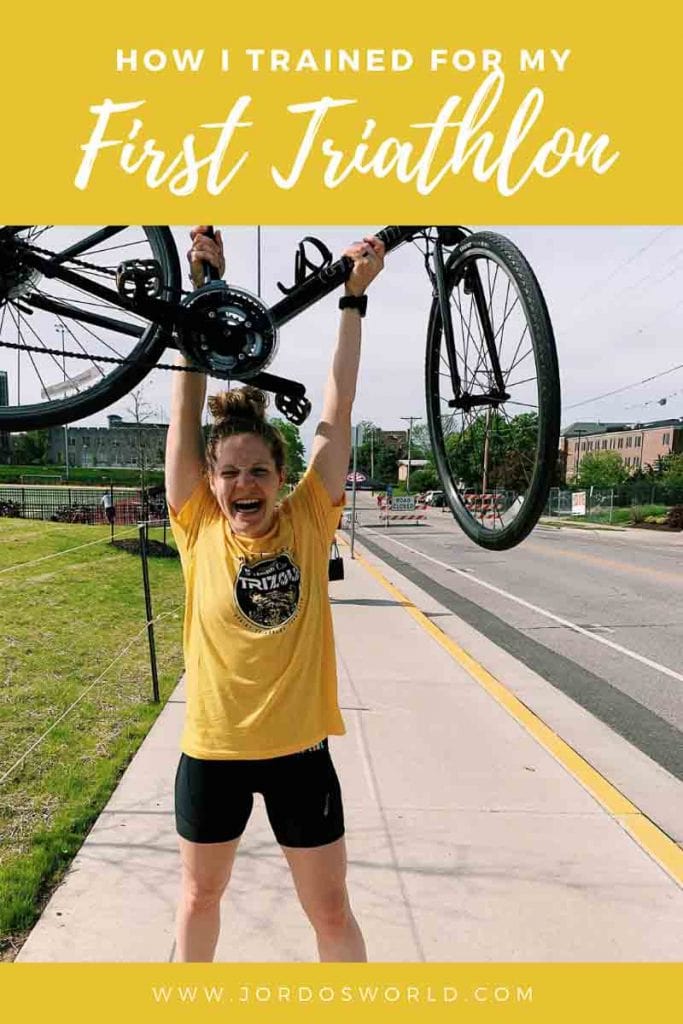 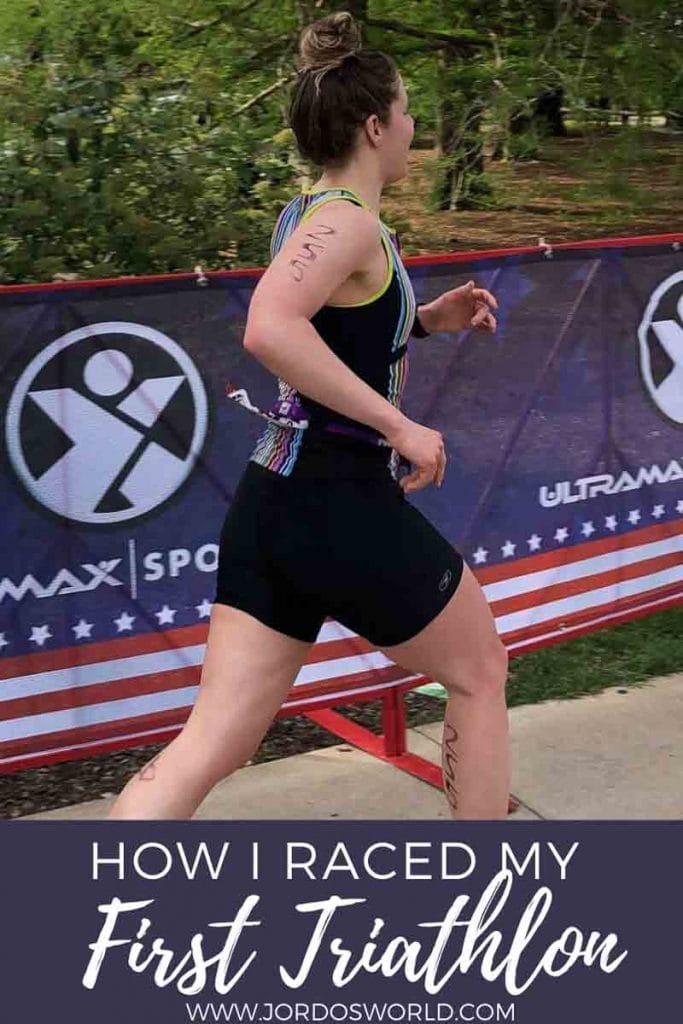 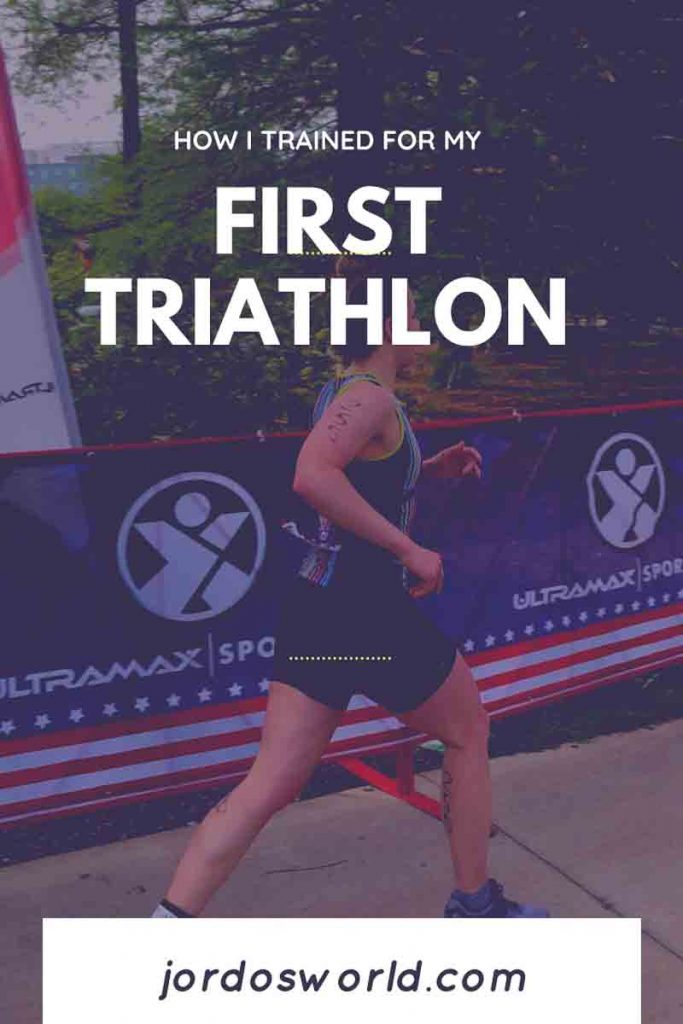 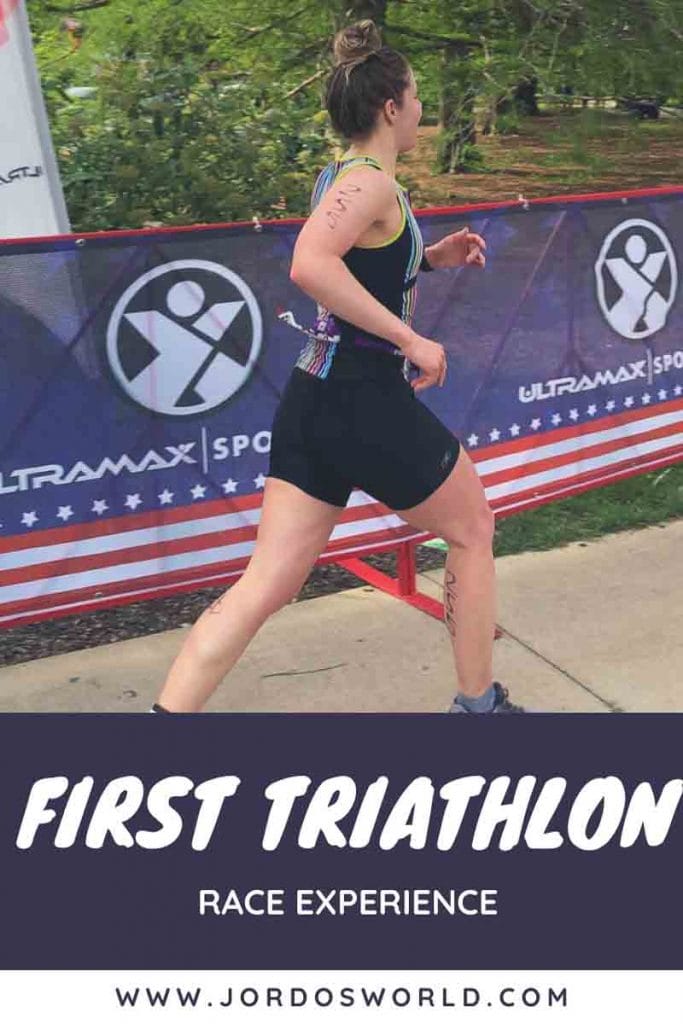 Note: This post is similar to the one about my first marathon experience in that it includes details about the decision, training, race, and post-race. There are some overlapping themes between the two because training for both races happened simultaneously.

The decision to commit to a triathlon was 100% influenced by a triathlete goddess, Nancy. She is a total beast and offered to let me train with her for a couple of summer races. I was super intrigued in the idea of racing a triathlon, so I thought training and racing with a super knowledgeable friend sounded like a dream!

I should note that both commitments to run a marathon and race a triathlon were made on the same car ride back in October. Obviously, that car ride had a big impact on my life!

The biggest challenge in training for a triathlon is scheduling. With training for 3 activities, it’s a constant juggle of fitting multiple training sessions into one day. Often times it’s doing more than one activity a day, so it sometimes feels like a jigsaw puzzle trying to accommodate work schedules, gym and pool hours, and the weather! The weather was totally bipolar this winter & spring as well, so a weekly plan could get ripped to shreds the next morning based on what was happening outside.

The biggest joy in triathlon training was incorporating new activities into training! While running was definitely the biggest focus because triathlon training overlapped with marathon training, it was so fun to have more activities. For example, I figured out I love biking! Specifically, biking outside through the cornfields of Northeast Missouri.

Also, I am super into endurance sports, so the process of incorporating three endurance sports together is basically a dream I didn’t realize I had. I really enjoy the time spent doing the same motions over and over, getting to a completely different head space, and feel super good. It’s hard to explain, but if you’re an endurance athlete, you probably know what I’m referring to.

Oh man, oh man. Time is one of the most crucial parts of triathlons because so much goes into training! Even if you just think you’re doing two activities a day, by the time you factor in getting ready, commuting, and showering after both activities, it adds up!

Here’s the deal: triathlons are a money sucker. Even if you borrow gear and find good deals, it is still an expensive sport! It makes sense because you’re combining 3 activities together, but wow. Since I already had a bunch of running gear I didn’t need anything for that sport, but the swimming and cycling is where it started to rack up! If you search “triathlon packing list” on google, you can get a quick view of how many things are needed.

Nutrition is a very important part of any kind of training, both for fueling for hard work outs and recovery! There was a lot of trial and error for learning what worked the best for my body during training runs (fried foods were not great, but sweet potatoes and veggies rocked). I honestly kept it simple and stuck to a lot of proteins (chicken, ground turkey, greek yogurt, cottage cheese), carbs (veggies, fruits, grains) healthy fats (avocados, nuts, seeds, oils), and other staples (ice cream, pretzels, waffles, protein shakes, etc.) I had to learn what my body needed for the bike and swim as well since those activities were new to me. Meal-prepping healthy meals and snacks was the most helpful part in making sure I could fuel my body with good foods and avoid hanger!

Because training for a triathlon was new to me, everything felt exciting! I loved trying new activities and had so much fun incorporating all of them into my week. With that, I gave myself grace during the learning and improvement stages (I’m still in those!) The balance of training for this kind of race is difficult because of the time requirement. I knew would it would take and was committed from the beginning!

NOTE: This race happened over a month ago and I am already having difficulty remembering all of the details!

My first triathlon was the Trizou, a sprint triathlon race in Columbia, MO on the University of Missouri campus. This race also featured some other race options, but the sprint race was the perfect first triathlon distance to jump start into the season! The TriZou Sprint was a 400m swim, 14M bike, and then a 5K run.

I committed to this race to see if I liked triathlons. It wasn’t long into training that I realized I was super into triathlons, and committed to more. You might be thinking “Can you really be hooked on something before you even do the race to know if you like it?” and I say, “Yes, absolutely.” I enjoyed everything about training! So throughout the process, I thought about how regardless of race outcome, I enjoyed the experience.

THE MORNING OF THE RACE

These pictures below are from the finish line. I don’t really like them because I think I look like a crazy nut, BUT, for the sake of being real on the internet, they are included.

OTHER THINGS ABOUT THE RACE:

Great story Jordan. My wife does one in August and we will do a full next April. Gotta get moving

That is awesome! I hope you two are able to stay safe and have fun while training! I can't wait to hear about the races!